It’s the most wonderful time of year at the most magical place on Earth! From elaborate decor to seasonal treats, a visit to the Walt Disney World is sure to put you in the holiday spirit. Whether you are local or want to take trip to Disney World this time of year, there are plenty of special offerings to celebrate the Christmas season. Here are 4 reasons why you should visit Disney during the holidays!

Disney World takes “Deck the Halls” to a whole new level. This is especially true when it comes to the very impressive Christmas trees across the property. Magic Kingdom‘s tree, which sits in the center of Town Square, is 65 feet tall. The large trees at Disney’s Hollywood Studios, Epcot, and Disney’s Animal Kingdom are decorated to match their park’s theme. Elaborately decorated Christmas trees can also be found at Disney World’s resorts. My favorite Disney resort Christmas trees are in the lobbies of the Grand Floridian and Disney’s Animal Kingdom Lodge. The Christmas Tree Stroll at Disney Springs is also a great holiday activity for all ages.

The beautiful Christmas decor at Disney is not just limited to the trees. Each park has unique decorations that capture the spirit of the season. Main Street USA and the hub area of Magic Kingdom are lined with Mickey shaped wreaths. Christmas decorations from across the world are represented at Epcot’s World Showcase pavilions. Disney’s Hollywood Studios is decorated in a retro fashion with large stars tinsel. At Disney’s Animal Kingdom, holiday decorations feature many elements of nature.

During the week of December 22nd, guests at Magic Kingdom can see Mickey’s Once Upon A Christmastime Parade during normal operating hours. Typically, this parade is only offered during special ticketed after hours events.

Sunset Seasons Greets transforms The Hollywood Tower Hotel every night with festive themed scenes from the Muppets, Toy Story, and Frozen. Additionally, a special finale has been added to For the First Time in Forever: A Frozen Sing-Along Celebration for the holiday season.

Characters can be found in festive outfits throughout the parks. For example, Goofy is dressed as Santa at Disney’s Animal Kingdom. The Big Man himself can also be found visiting Disney World’s parks this holiday season. Guests can speak with Santa at Magic Kingdom from now until December 24th. At Epcot, holiday figures, like France’s Père Noël, can be spotted around the World Showcase.

What Christmas be with out delicious food and sweet treats? This holiday season Disney World is filled with yummy holiday snacks. At Magic Kingdom, guests can enjoy a Christmas cookie sundae or milkshake from Auntie Gravity’s Galactic Goodies. Over at Disney’s Hollywood Studios, there are many sweets options like the Butterscotch Caramel Cannoli at PizzeRizzo or the Sugar Cookie Snowman at ABC Commissary. Epcot’s International Festival of the Holidays features seasonal food and drink from all over the world from now until December 30th. Additionally, the Holiday Cookie Stroll has returned this year. A cupcake themed after the Merry Menagerie topped with a white chocolate polar bear can be found at Disney’s Animal Kingdom. 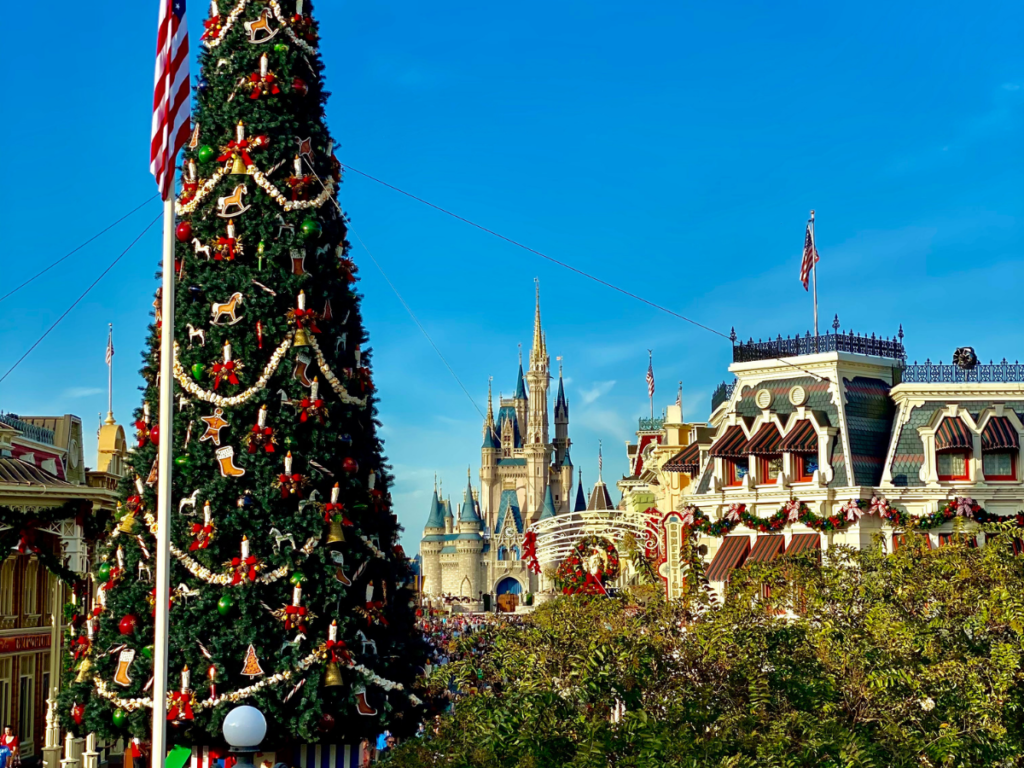 What is your favorite thing about visiting Walt Disney World during the holidays? Let us know in the comments!

Any one who has been to a Disney theme park knows that the lines start at security. That is now set to change, as Disneyland… Read More »

Here’s Where To Find The Best Seafood At Disney World

Finding Nemo’s Bruce may insist that “fish are friends, not food,” but sometimes us humans just can’t resist. When… Read More »