Go behind-the-scenes of Tomorrowland and see Magic Kingdom like never before on the Tomorrowland Transit Authority PeopleMover!

On board the Tomorrowland Transit Authority PeopleMover, you can see Magic Kingdom like you never have before! This slow-moving attraction takes you high above Tomorrowland for a 10 minute tour of the land. This narrated journey takes you through Buzz Lightyear’s Space Ranger Spin, Space Mountain, and Star Traders.

There is even more to see during your ride above Tomorrowland. There are a few indoor sections of this ride where you can view models for Progress City which was the prototype for EPCOT. There are also spectacular views of other parts of Magic Kingdom, such as the iconic Cinderella Castle.

Tomorrowland Transit Authority PeopleMover was designed to be the mass-transit system of the future. In spirit of innovation, the ride’s vehicles move magnetically through linear induction motors. This technology has been used to give guests elevated tours of Tomorrowland since it opened in 1975. 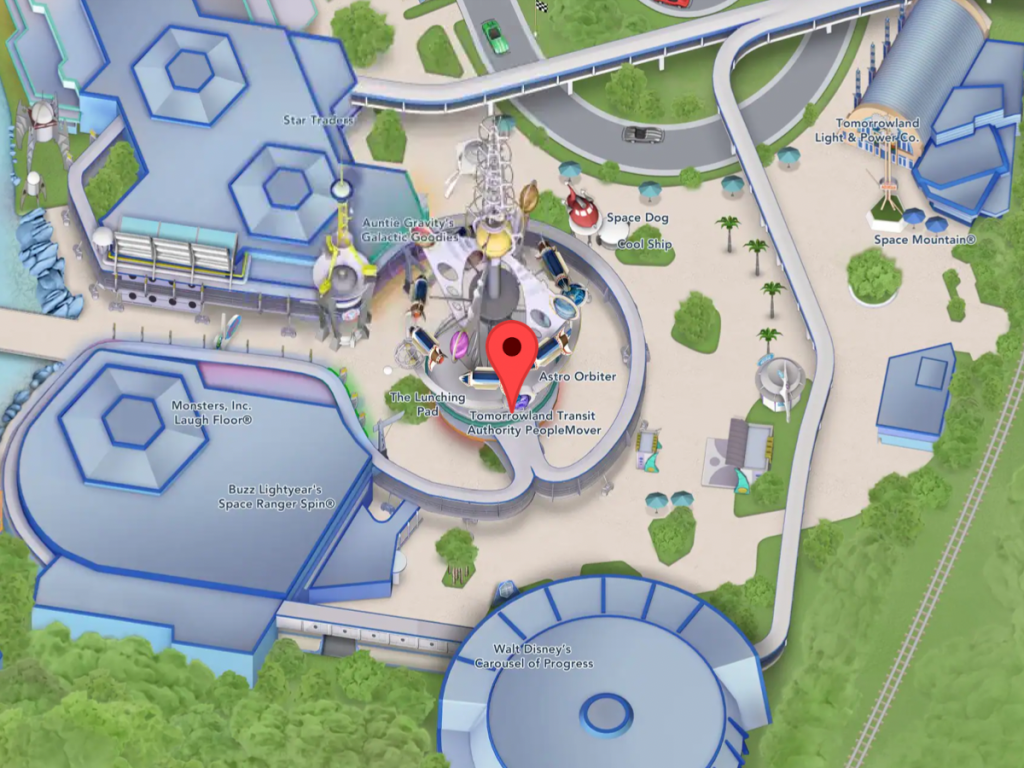 The queue for Tomorrowland Transit Authority PeopleMover begins below the attraction. This portion of the queue is right next to the Astro Orbiter queue. After this, you will go through a turnstile and up the escalators to board the ride for your tour above Tomorrowland.

Tips For Your First Stay At DVC’s Vero Beach Resort

Not too far from Walt Disney World is Disney’s Vero Beach Resort. This DVC resort is a great place to have a magical beach… Read More »

For one of Disney World’s most iconic snacks, as well a few healthy choice options, head to the Liberty Square… Read More »