Due to a global pandemic and construction happening around Disney World it is easy to forget that Saratoga Springs is in the midst of a two-year refurbishment project. Most of the attention is going to other projects that Disney is heading like Tron: Lightcycle Coaster and Remy’s Ratatouille Adventure, which are just a couple of rides that Disney is planning to unveil for its 50th anniversary.

Refurbishments at Saratoga Springs began in June 2019, it’s the first major refurbishment since the resort opened in May of 2004. The project began at the far reaches of the resort in the Congress Park section.

Several new features are being added as part of the renovations including all new furniture, flooring, appliances, and more, including pull-down Murphy beds, similar to those featured at Disney’s Riviera Resort. Exterior painting is also being performed as part of the project. 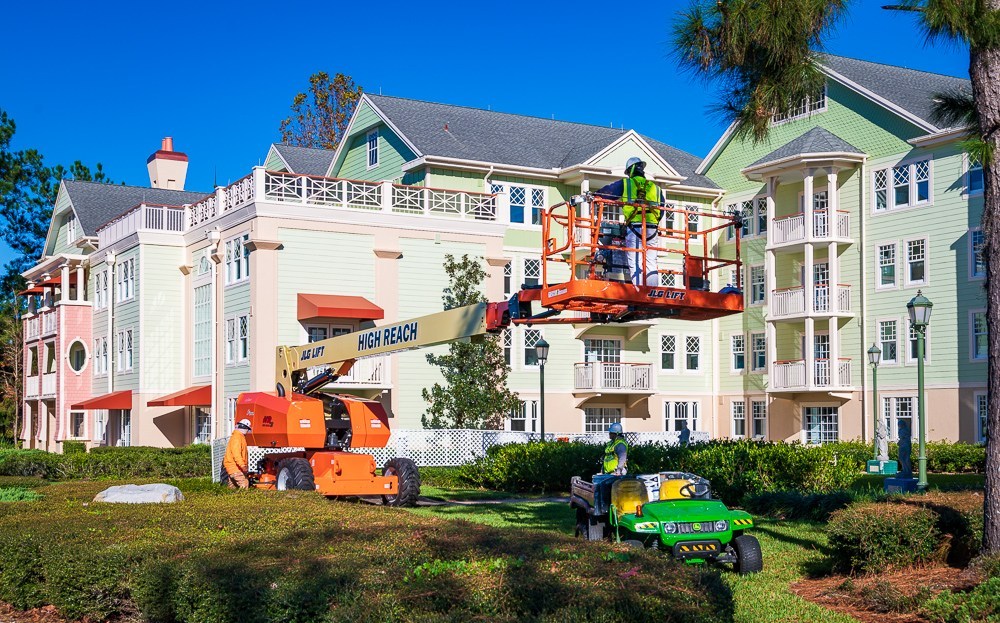 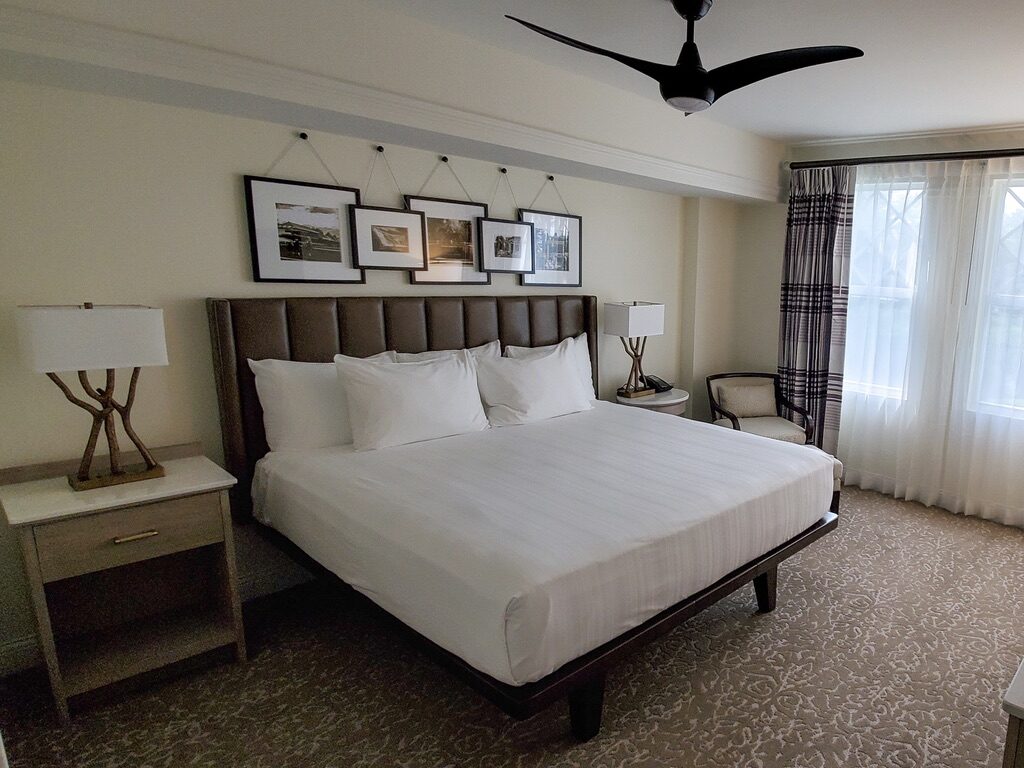 The Beds: The major change to the sleeping arrangements is the removal of the pullout queen sofa bed. Prior to the update, studio rooms and the living rooms for 1 bedroom, 2 bedroom and 3 bedroom units included a pullout bed. As part of the refurbishment, Disney is changing it so the beds will have a queen size mattress that folds into the wall. 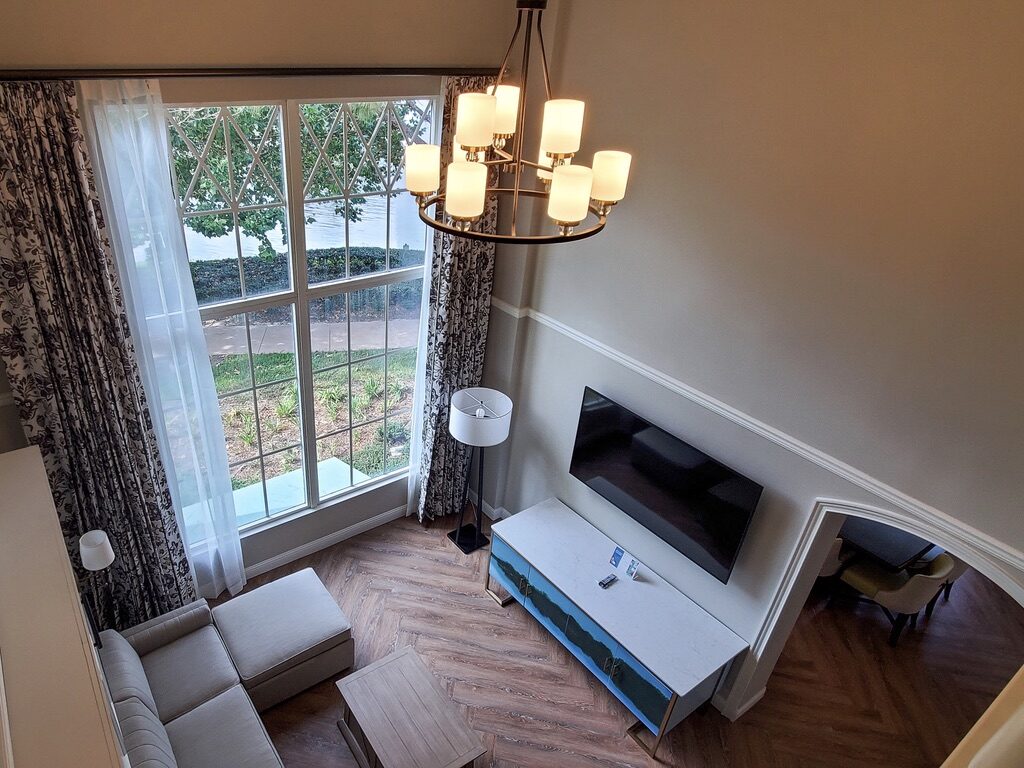 The Flooring: The refurbishment is changing Saratoga from having carpet to now having hardwood floors. Although one can never classify Disney as being “dirty,” the hardwood floors allow for a more “clean” look. 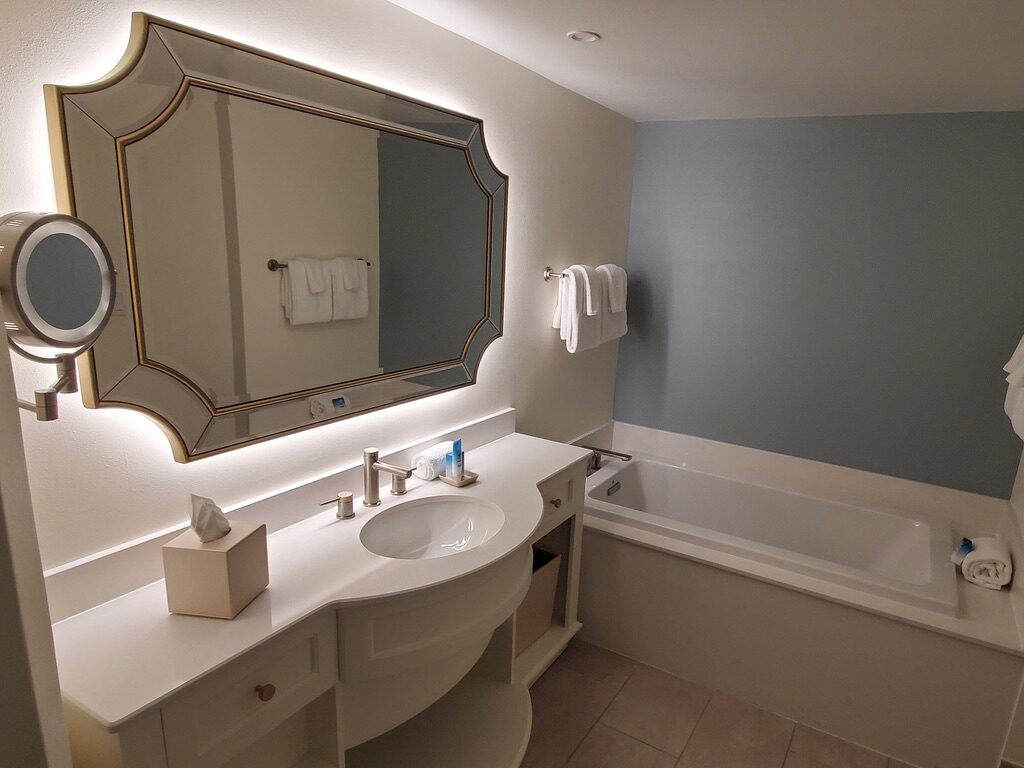 The Bathrooms: It’s a completely new bathroom with completely new appliances! New tile, new tubs, new showerhead and for the pièce de résistance, no more shower curtains. Instead of curtains Disney opted to go for a sleeker glass door. Finally, outside of the bathrooms the sinks have been updated with a new look as well.

The project is expected to last two years, and as of the end of October Disney confirmed that the rooms in Congress Park and the Springs have been completed. The next section that will be refurbished is the Paddock.

When construction on The Paddock is completed, work will continue on the last two sections of the resort, The Grandstand and The Carousel. It is not clear whether the Treehouse Villas will undergo a refurbishment as well as part of this project. In total, Disney’s Saratoga Springs Resort has over 800 villas and is the largest Disney Vacation Club property at Walt Disney World.

Disney does its best to keep guests comfortable, so one can expect no less even with construction going on. Noise is minimal at Saratoga and there is no heavy machinery outside of the construction area. The paths to Disney Springs are still open as well, only the buildings being worked on have any signs of construction at all.

Now you have all the updates on refurbishments happening to Saratoga Springs Resort, so when planning your next trip to Disney World feel free to stay there or swing by to see all the work that’s been done.

With Disney making daily changes to return the parks and properties to their pre Covid glory, Resort Hotels are continuing… Read More »

Can You Sell Your Disney Vacation Club Membership / Contract?

In short, yes, you can absolutely sell your Disney Vacation Club membership. Based on the verbiage in each DVC Contract,… Read More »