DOLE Whip® –  the signature snack that for many is an absolute must-have during their Disney vacation! So light and refreshing, this cold, creamy concoction hits the spot after a day of fun in the sun! Found in both Walt Disney World and Disneyland, this pineapple soft-serve treat has been pleasing guests for more than 3 decades!

The History of DOLE Whip® at Disney

DOLE Whip® arrived at the Tiki Juice Bar in Disneyland in 1986 and afterwards Dole became a sponsor for the beverage service location in 1972.  Initially pineapple juice with pineapple spears was served as a refreshment, until Dole Whip came long!  Then, the soft serve was offered in a cup or in a float with pineapple juice. DOLE Whip® arrived in Disney World to Aloha Isle in Magic Kingdom also in 1986 where it is still served today and in may other places around Walt Disney World.  Over the years, patrons have also been able to swirl the pineapple with vanilla ice cream as well as other fruit flavors which are available seasonally throughout the year.

So, whether you’re daydreaming about your next trip to Disney or just need a simple dessert for a summer cookout, this copycat DOLE Whip® recipe is a delightful dish for you and your guests! You won’t believe that you only need a few ingredients for this tropical treat. Most sources of published recipes and chefs all agree the following is all you need!

This recipe is so easy, you’ll be asking yourself, “Is this really it?” I followed this recipe by BellyFull and the results were delightful! 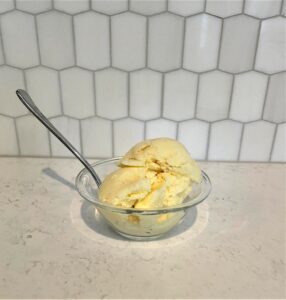 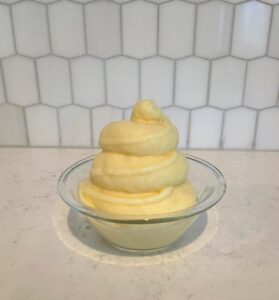 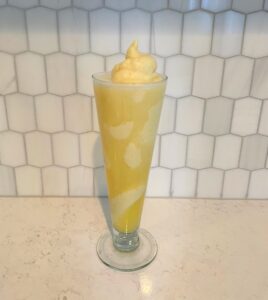 Is DOLE Whip® one of your favorite snacks at Disney? Try this recipe at home and share your thoughts in the comments below!

Flavors of Florida Presented by CORKCICLE is returning to Disney Springs, and we have the full menu! This festival will run… Read More »

How To Use Mobile Ordering On The My Disney Experience App