Celebrate the movie The Lion King through an action-packed show filled with songs, dance, and puppetry.

Festival of The Lion King is a can’t-miss live-action show found at Disney’s Animal Kingdom. If you love the movie The Lion King, then you will enjoy this performance filled with talented cast members who create an impressive and, at times, draw-dropping presentation that celebrates this classic Disney film. Be filled with exhilaration as the theater fills with the voices of live singers along with the powerful music of The Lion King as you watch the animals of the savanna dance in their impressive costumes and make-up. The crowd is encouraged to sing along and wave their arms, uniting as one and coexisting with our neighbor as the movie inspire us to do.

Simba, Pumba and Timon enter this musical celebration singing, dancing, and interacting with the music and other performers. Watch in awe as acrobats swing and spin from the ceiling and the Tumble Monkeys flip into fearless formations and succeed at silly stunts. You’ll be completely entertained from start to finish and exit the show with that undeniable feel-good Disney feeling.

Festival of The Lion King is performed daily at the Harambe Theater located in the Africa section of Disney’s Animal Kingdom. Each show runs approximately 30 minutes and the wait times to enter the theater are generally low. For those who have purchased Genie+, utilize the Lightning Lane entrance in order to be seated first and more quickly, as the theater generally fills close to full capacity at each performance.

The queue for Festival of the Lion King is outdoors, but is covered giving guests shelter from the sun and rain. The wooden poles and thatched roof are reminiscent of a structure you might find on the continent of Africa. 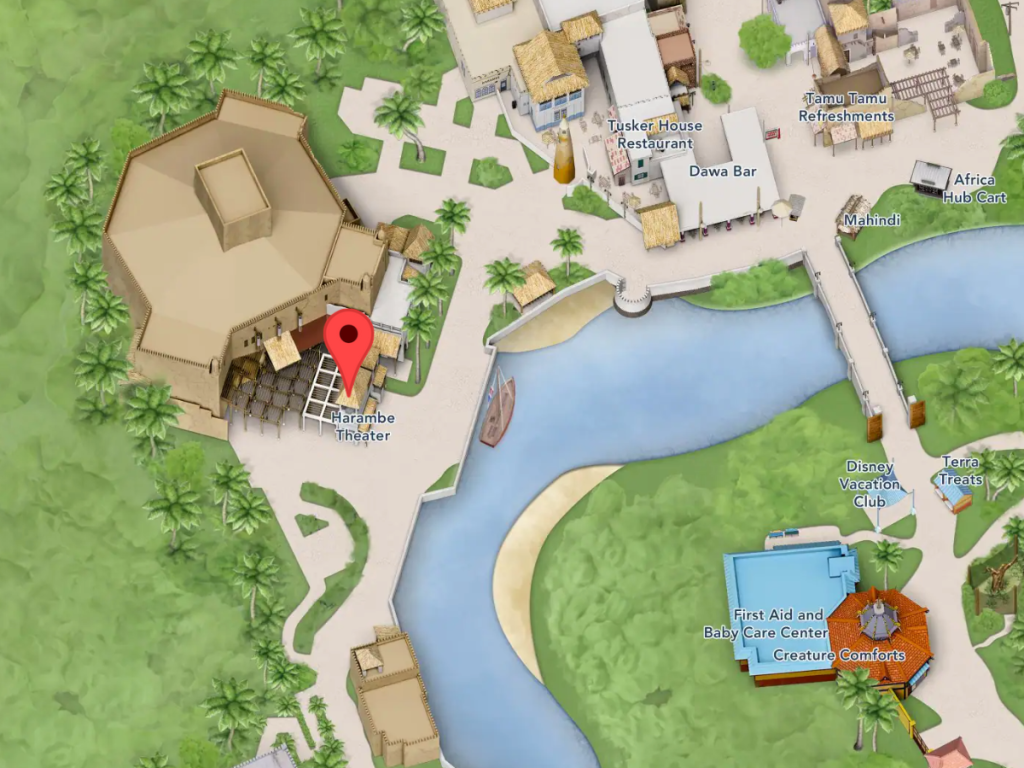 Dive into a variety of sweet, deliciousness ice cream treats from hand dipped cones to sundaes.