Dine on seafood and other quick meals at Columbia Harbour House at Magic Kingdom!

In the heart Liberty Square, there is a dining location with delicious meals for both sea and land-lovers alike. Columbia Harbour House is inspired by New England, which means it is covered in nautical themed decor and artifacts. In fact, you may notice that the different dining room areas are named after port towns in New England, such as Annapolis, Chesapeake Bay, and Plymouth.

One of the best aspects of Columbia Harbour House are the seating areas on the second floor. When you head upstairs, you will find several tranquil dining rooms where you can enjoy your meal. These rooms have windows that overlook Liberty Square or Fantasyland. During parade-time, you can even catch a glimpse of Festival of Fantasy from some of these windows.

On Columbia Harbour House’s menu, you will find surf-n-turf type meals, as well as some park classics. For those who like seafood, there are lobster rolls, salmon, and shrimp available. If fish isn’t for you, chicken strips are the way to go. Additionally, Columbia Harbour House has a top-notch plant based meal: The Doom Burger. This burger is actually a plant-based crab cake sandwich that is topped with red onion and cabbage slaw. 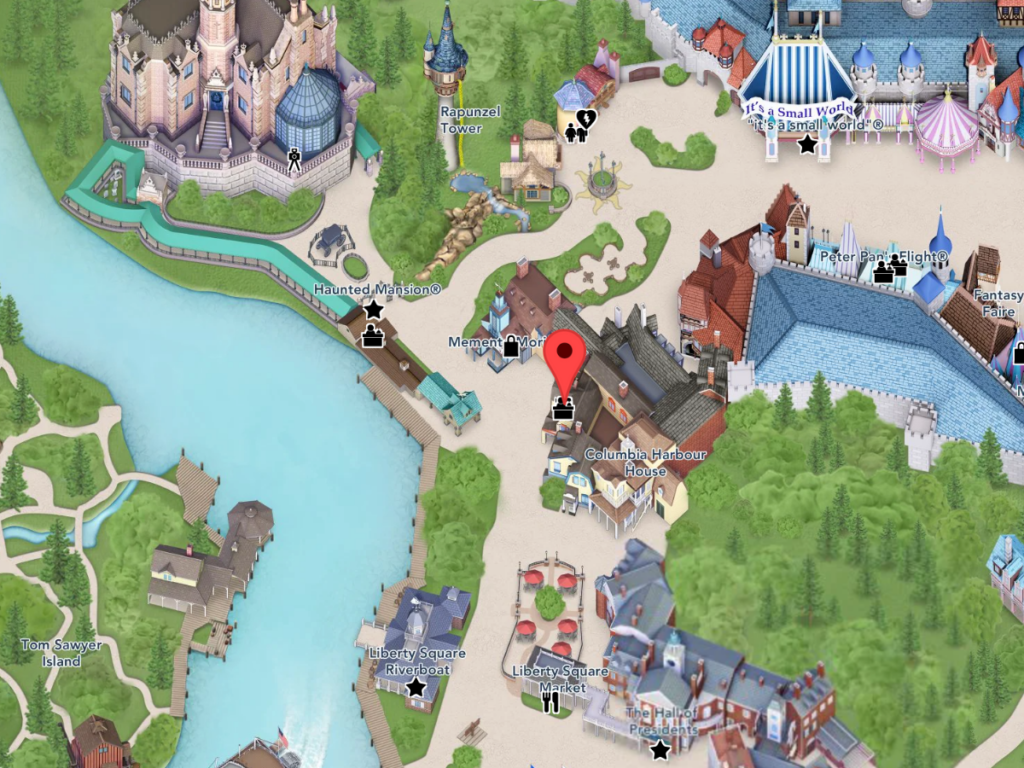 A Review of Flying Fish: Signature Dining Along Disney’s BoardWalk

The Boardwalk Villas, located on Crescent Lake in Walt Disney World, is one of the most lively hotels on property…. Read More »

Enjoy a combination of both STARBUCKS Coffee drinks and Disney baked goods right off of Main Street, U.S.A.