One of the most unique places in Walt Disney World is Pandora – The World of Avatar. This remarkable alien planet has been explored by many, but there is still much to be discovered, by those who frequent it and keep an eye out. We have compiled three hidden secrets to share that you may not know about Pandora: The World of Avatar 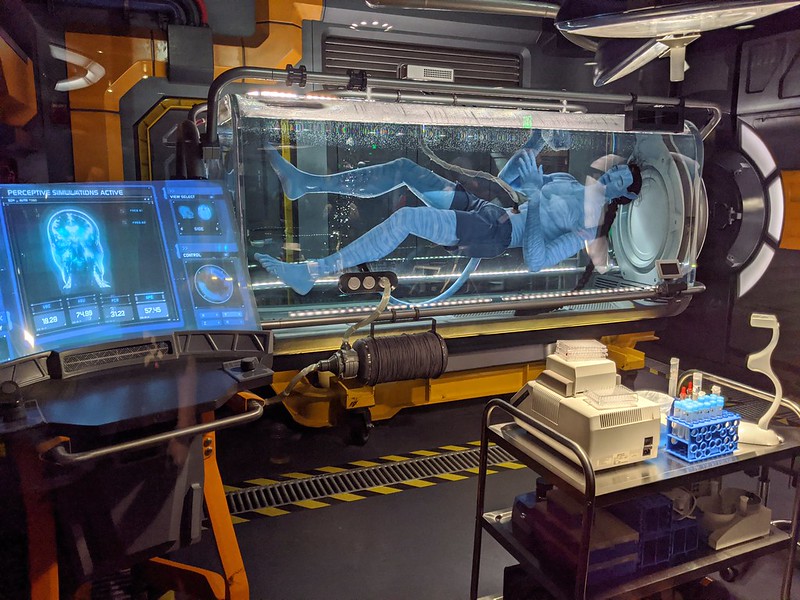 As you make your way through the queue for this attraction there is a lab area that is set up. In this lab area there is a ton of science equipment, as well as books. The books are authored by the top scientists featured in the movie such as Dr. Grace Augustine, played by Sigourney Weaver, and Jaclyn Ogden. However, if you look closely you will find that one of the books is actually a book from our world, written by none other than Jane Goodall.

This Easter egg is present to pay homage to Jane Goodall and the overwhelming approval that she gave to Disney’s Animal Kingdom at its opening, as well as the many visits she has paid to the park.

The story goes that the facility that houses the now dining location used to be the mess hall for the resource development team. All of the soldiers and not so friendly visitors would eat their meals here, until the Na’vi reclaimed their planet. They changed it into their own place to eat and gather and have let it grow as part of the planet, with the building now being covered in native plants.

Those who have frequented Disney’s Animal Kingdom may notice that all throughout the walkways there are tracks, with each area featuring different species of native animals. This stands true in Pandora as well, but with a small difference. Instead of animal tracks, Pandora features the footprints of the Na’vi that walked there before us. These footprints are absolutely huge and when the sun goes down will glow with bioluminescence. It is quite the sight to see, one that you may not have known to look out for.

Festivities for Walt Disney World’s 50th anniversary began in October of 2021. As part of the Most Magical Celebration on… Read More »