The Wilderness Lodge lobby is one of the most spectacular lobbies that Disney resorts offer, due to its nature and log cabin inspired feel. The imagineers that worked on this resort did a remarkable job at not only creating this facility, but also leaving behind some little hidden gems. Here are 3 things you might not know about the Wilderness Lodge Lobby. 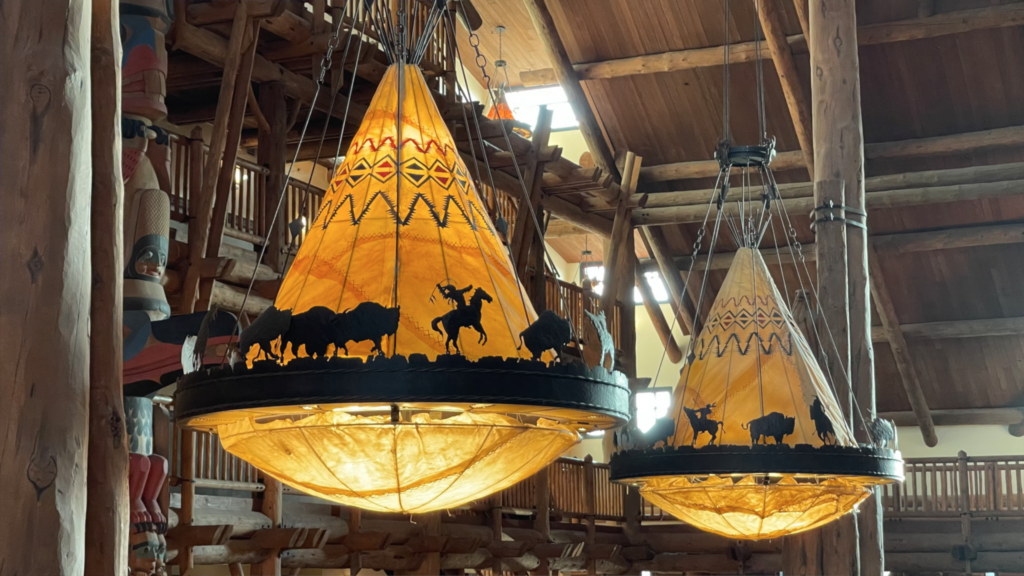 The centerpiece of the lobby has to be the four large chandeliers that hang from the ceiling. The moment that you enter the lobby your eyes will be pulled towards them. The four light fixtures are the main light source for the lobby, providing a cabin like feel to the resort’s entrance in the evening.

The true beauty of these lights, is that they are made from authentic raw hide. There is no real reason Disney had to create the chandeliers using real raw hide, other than to create an incredible authentic feel. It is touches like this that create a masterpiece. The raw hide is also decorated with patterns and surrounded by metal animal silhouettes to perfect the rustic look. They are truly breathtaking. 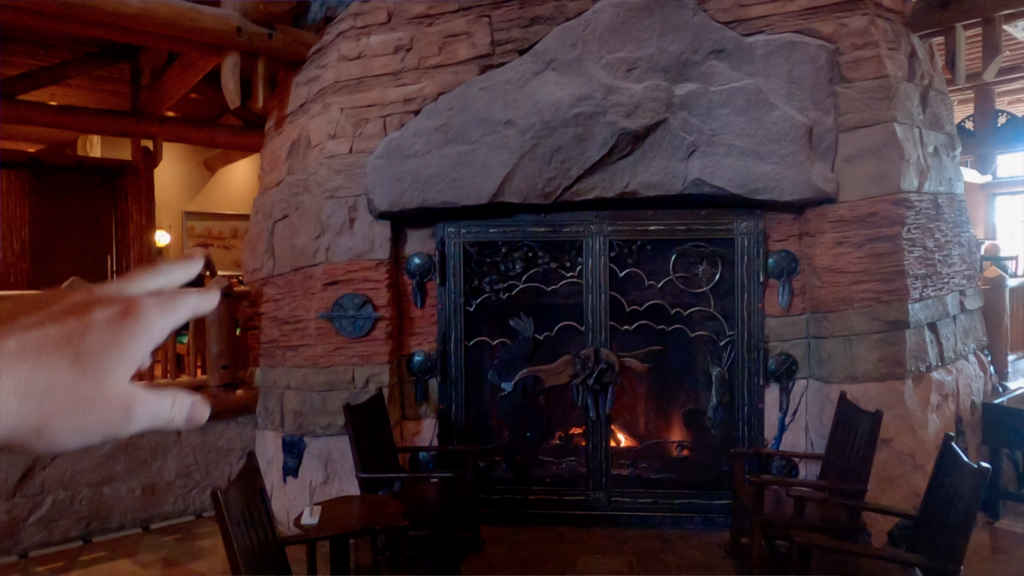 Once you get settled into the lobby, and stop staring at those chandeliers, you will notice the spectacular floor to ceiling fireplace. The fireplace is modeled after a specific section of rock that the imagineers found while visiting the Grand Canyon. The colors and layers of the rock on the fireplace represent all of the history and time that has past in this world wonder.

Although the imagineers were mostly inspired by the Pacific Northwest when designing the Wilderness Lodge, they were too inspired by their time in the Grand Canyon to leave it out. In the end the fireplace became the perfect homage to it. 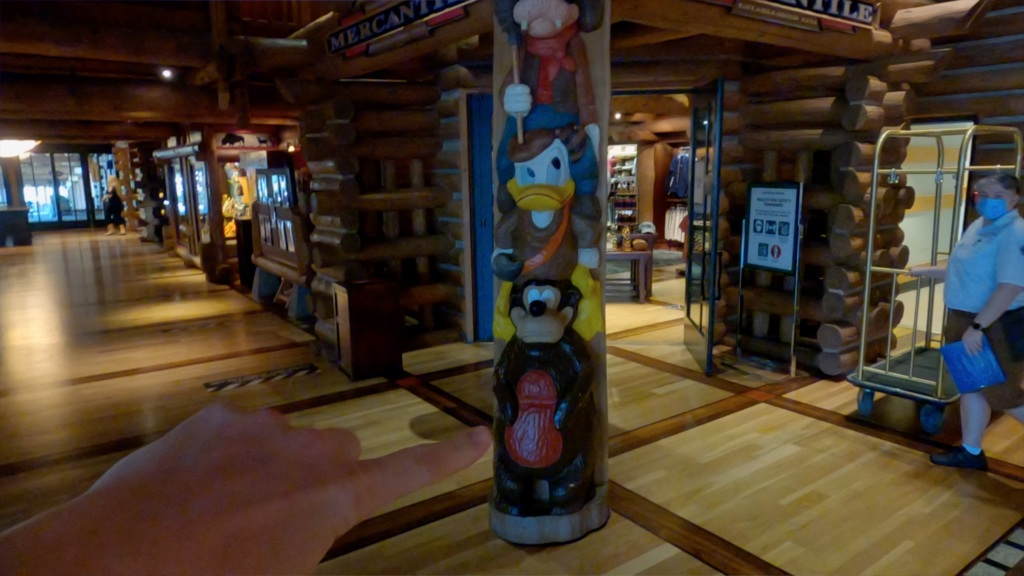 Not many resorts have an official mascot, but the Wilderness Lodge does! Humphrey the Bear is a cartoon character that premiered in 1950, and has been beloved by Disney Fans ever since.

Humphrey the Bear can be seen in the totem pole, along with Donald, Goofy, and Mickey; as well as on multiple selections of merchandise that the Wilderness Lodge offers such as mini totem poles, t-shirts, pins, and watches.

Humphrey the Bear has recently been making a come back in newer Disney cartoons, so young kids will enjoy him hanging around the lobby as much as the adults do.

Let Us Know What You Think

Off The Beaten Track Attractions At Disney World: Miniature Golf

Are you looking for something to do at Disney World outside of the theme parks? Do you want something more relaxed and laid… Read More »

Our Family’s First At Disney World

I had been to Disney a billion times throughout the duration of my childhood, but this trip was better than any experience… Read More »