Despite the Disney Parks being closed since March 15th with no definitive reopen date, Disney has not stopped their efforts to show their support for those dealing with the coronavirus around the globe. 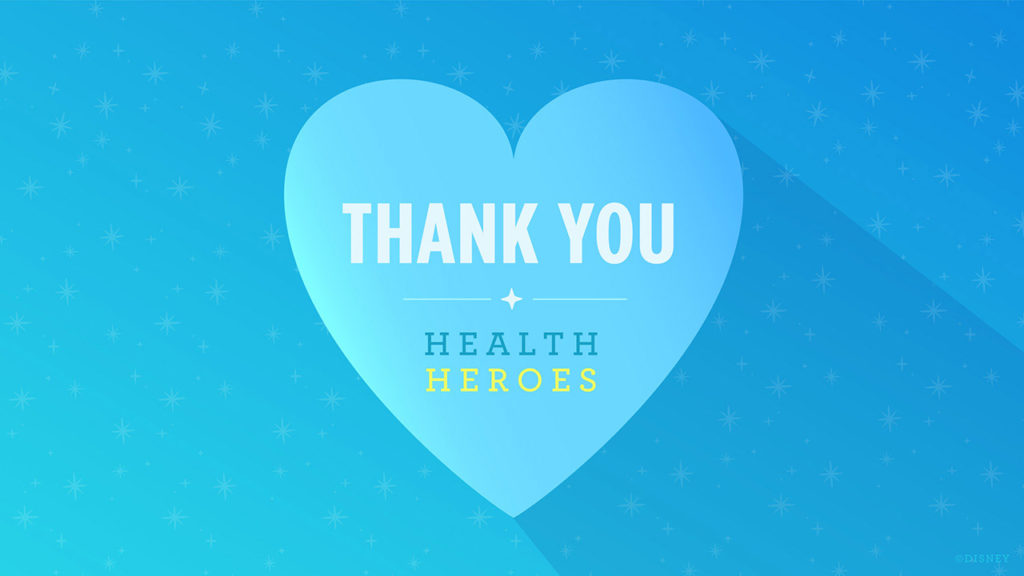 Around the world, people are using creative ways to express their appreciation for the healthcare workers currently on the frontlines of the fight against the coronavirus. Isolated citizens in Italy have coordinated standing ovations for healthcare workers, New York’s Empire State Building lit up like an ambulance and countless cities around the world offer various displays of appreciation.

Tuesday, April 7 was World Health Day and in honor of the “brave health care providers who are helping many,” Disney employees around the world offered various displays of appreciation to thank the healthcare workers. The Disney Parks shared photographs of their symbols of appreciation for those dedicating their lives to keeping us all safe.

Raising The Flag As A Symbol of Hope

While our world looks very different today, one thing endures…the American flag still flies over Walt Disney World. I’m inspired how our Security Cast Members continue to raise it each and every morning at Magic Kingdom while they are on duty protecting the magic. It’s a symbol that we’re still here and will not falter. I hope this inspires you as well. We will be back. Thanks to all our incredible Cast Members who continue to maintain the magic until that day. Until then, please take care of yourselves and your families. We will see you soon. #OurFlagWasStillThere #DisneyCastLife #DisneyMagicMoments #MagicKingdom

For all of us stuck at home and craving some of Disney’s most delicious treats, we’re all in luck. Disney has released not one, but two of their favorite park snack recipes. 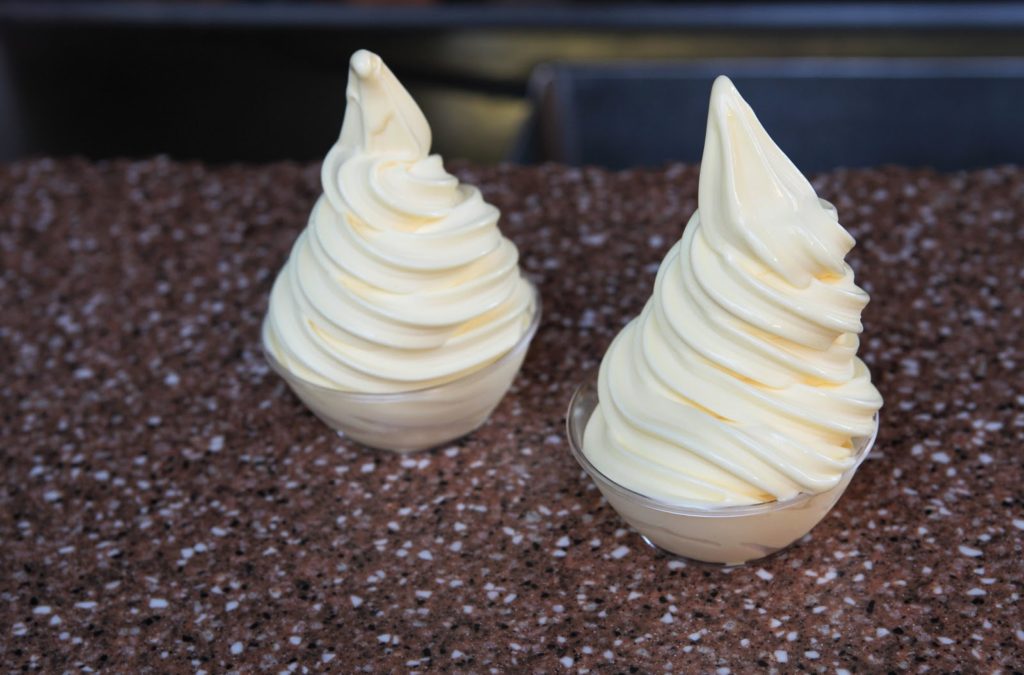 Add a couple bags of frozen pineapple to your shopping list and get ready to make a version of Dole Whip in the comfort of your own home. The recipe for Dole Whip was made available on the Disneyland app through a series of slides. The recipe is as follows:

After an afternoon in the parks, one of Disney’s warm, cinnamon sugar churros is the perfect snack for a little pick me up. But we no longer have to wait to be back at Disney to enjoy this delicious treat. Disney sells over 5.5 million of these tasty dessert sticks each year and now we’ve all been gifted with the recipe to make them at home. The full recipe was just made available on the Disney Parks Blog and fans can watch an instructional YouTube video on how to make them as well.

The full instructions are available here.

While we’re all working to manage our lives during this unprecedented time, Disney continues to share a little bit of magic to help us persevere. Whether it’s with fun recipes or symbols of solidarity, we can likely count on Disney to continue to show their support during the park closures.

Have you missed hugging your favorite Disney characters during the last two years? Well the wait is almost over! … Read More »

Upon entering Animal Kingdom Lodge, the colors, music, and architecture transport you straight to Africa. The lobbies of… Read More »