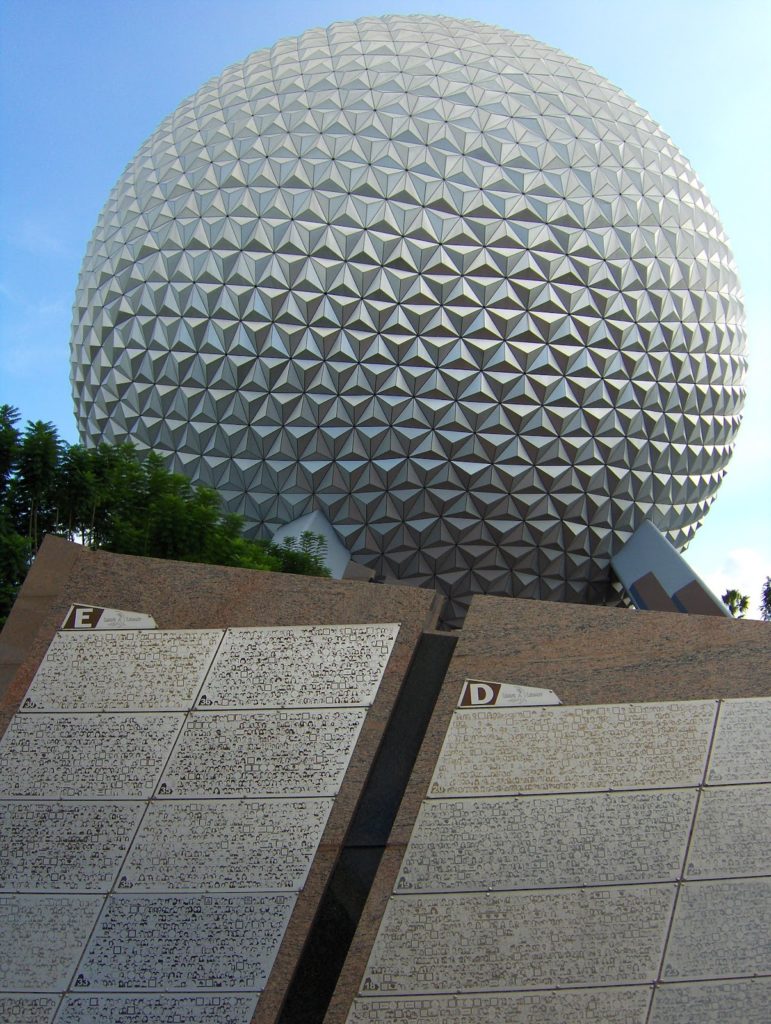 The entrance of the park has seen extensive construction over the past several months as part of an expansive facelift to the entryway plaza just past the ticket gates.

All the Leave a Legacy pillars have been removed from the plaza and are currently being stored until they are placed in their new home outside of the main entrance. Disney has yet to announce exactly when and where the stones will be displayed but they promise that they will return.

Construction is being conducted in phases with the left side of the plaza already completed. New concrete flooring and planters with trees and flower beds have been installed in this area. Currently, the right side of the plaza and the entrance fountain are walled off for renovations. Visible from the monorail, new concrete has already been poured for this area and planters with flowers are in place. While the right side of the plaza looks like it might be opening up soon, we may be waiting a while longer for completion of the fountain renovations as it is being replaced with a new version with a futuristic obelisk at its center.

A new walkway has opened just behind the Camera Center and the right side restrooms leading guests to the Seas Pavilion and bypassing the construction going on in the central plaza. The only entrance to the walkway is currently beside the restrooms but an additional entrance is planned closer to the park’s entry gates.

Finally in this area guests will find that Gateway Gifts, under the left side of Spaceship Earth’s breezeway, has also closed for renovations. At the moment, visitors will find the area walled off with temporary planters and shrubs.

While Epcot’s entrance is seeing a number of updates, after passing under Spaceship Earth guests will get a glimpse of how extensive the park’s renovations truly are. The entrance to Future World and the central plaza are being completely renovated as part of Future World’s conversion to three newly named lands, World Discovery, World Nature and World Celebration. World Celebration, the central zone, will be the home of a new Festival Pavilion replacing the building which once housed the Coca Cola Cool Zone and Fountain View’s Starbucks.

Currently, the entire central plaza from where the iconic Fountain of Nations once lived to the old Fountain View is behind construction walls. Clearly visible is merely the shell of the Fountain View and Club Cool building as the structure is being demolished to make way for the new Festival Pavilion, a three story building with rooftop gardens that will act as a hub for all of Epcot’s festivals. 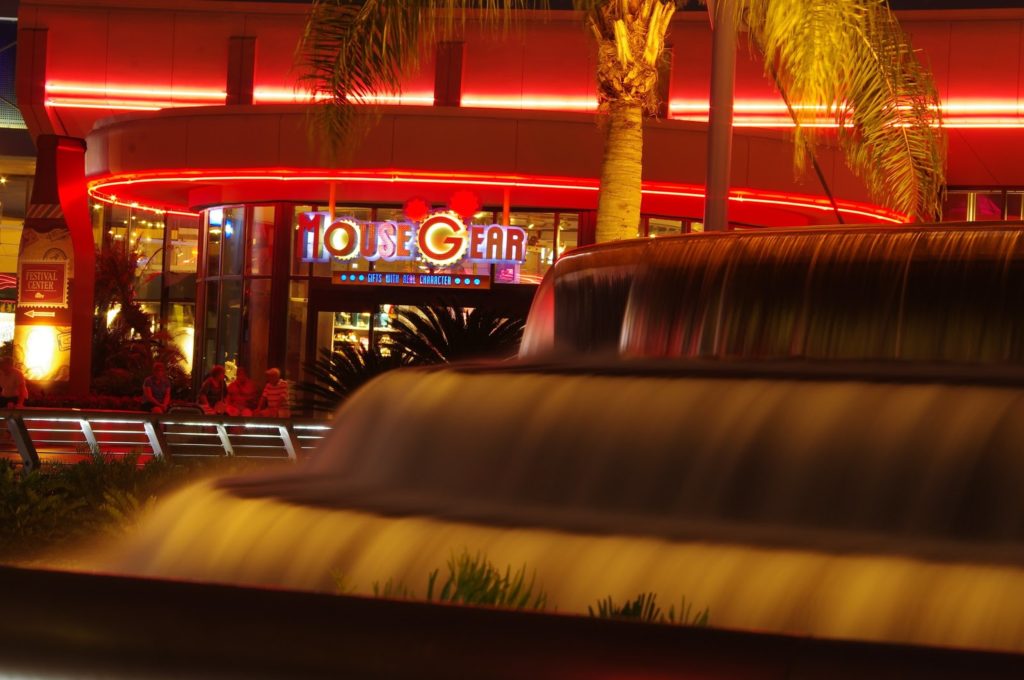 Heading left towards Future World East guests will notice that Mouse Gear is closed and has been relocated to a temporary location down the Innoventions East breezeway.

Down towards Mission Space, construction of the Space 220 restaurant is well underway. This space themed restaurant was scheduled to open in late 2019 but the opening was pushed to February 2020. Continuing into Future World East the first set of bathrooms and the CoolWash are also currently receiving updates.

Further into Future World East and heading towards the former Universe of Energy, guests will immediately see that massive renovations are underway for the addition of the new Guardians of the Galaxy roller coaster. This much anticipated e-ticket ride is scheduled to open in 2021. Currently the exterior of the building is being renovated and new roofing is being installed.

Also opening in 2021 is the new Play Pavilion which will be housed in the old Wonders of Life building, adjacent to Guardians of the Galaxy. The Play Pavilion will offer a variety of interactive games as well as Character Meet & Greets. Currently the interior of the building is being renovated. 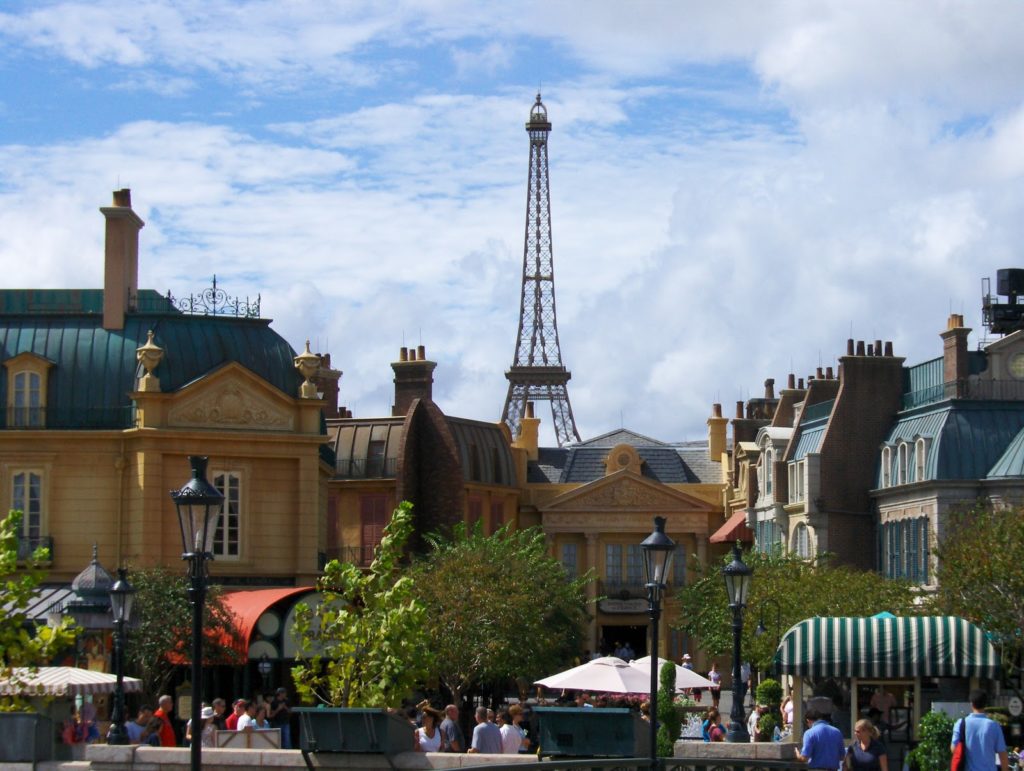 Over in the World Showcase there are plenty of changes happening as well. Heading towards the right side of the World Showcase guests will notice a new set of restrooms and a temporary Starbucks location before reaching the Canada Pavilion.

Canada is receiving a new movie, Canada Far & Wide, which will debut on January 17, the first day of the Festival of the Arts.

France is receiving a slew of updates as well as the pavilion will be expanding to include the new Remy’s Ratatouille Adventure, the new La Creperie de Paris restaurant and a new set of restrooms. While the expanded area is scheduled to open in 2021, the old section of France will be receiving a new attraction on January 17, a Beauty & the Beast Sing-Along located in the Palais du Cinema.

Guests will also find work being done at the American Adventure Pavilion as the new Regal Eagle Smokehouse is being added to the pavilion’s main building. This Muppet themed barbeque restaurant is scheduled to open shortly, later this winter.

Changes are happening fast at Epcot as crews move forward with the massive expansions the park has planned. Check back for future Epcot expansion construction updates.

Disney has been bringing traditional character meet and greets back to Walt Disney World with a phased approach. Therefore,… Read More »

New Titles Coming To Disney Plus In June 2022

If you’re a subscriber to Disney+, you know that new titles get added to the service each month. As we get closer to the… Read More »