Head down Route 66 to Sally’s Cozy Cone Motel for some delicious snacks you can easily walk around the park with!

If you are a fan of the Car’s franchise, you can’t miss this quick service dining location. The Cozy Cone Motel in Disney’s California Adventure Park is a retro route 66 roadside stop with cone-filled treats. There are 5 large orange traffic cones, each with different food offerings. Whether you are looking for a savory snack or a sweet treat, there is something for you at the Cozy Cone Motel.

A wide variety of snacks can be found at the Cozy Cone Motel. Between the 5 cone-shaped motels, you can choose from a selection of churros, ice cream cones, chili cone queso, frozen cone-coctions, and popcones. Occasionally, there are seasonal offerings available for holidays or special celebrations.

Some of Radiator Springs’s residents can be spotted near the Cozy Cone Motel. After you have gotten your cone shaped snack, be on the lookout for Mater or Lightening McQueen. You can say hi and snap a photo of the pair if you see them! 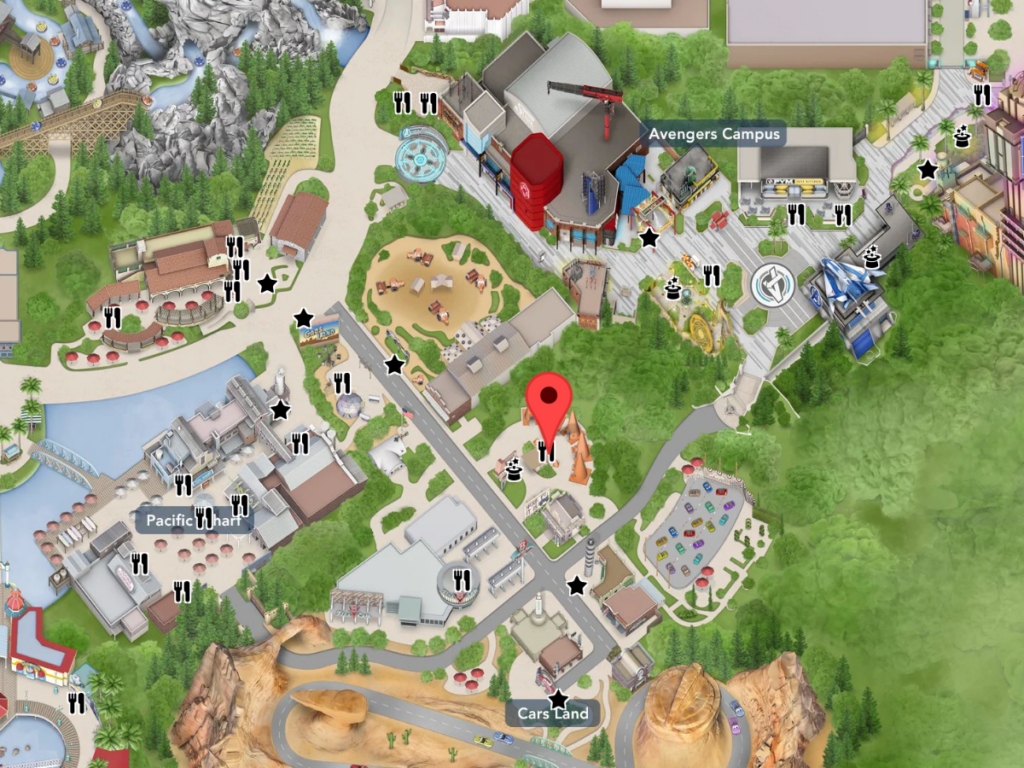 Join Pinocchio on his exciting journey from being a wooden puppet to a real boy!

Disneyland is The Happiest Place on Earth, but sometimes the crowds don’t add to the happiness! Fortunately, even on a… Read More »